Our teachers are as fun and engaging as they are prepared. Years of teaching experience and advanced piano degrees (including a Fulbright Scholar!) combine with love and laughter to produces fine musicianship in all our students, from beginners to our most accomplished students. 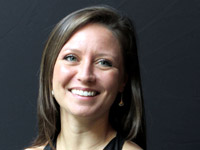 Olivia Zimmermann, DMA, is a graduate of piano performance at the University of Kansas. A Fulbright grantee, she studied the life and piano works of Jean Sibelius at the Sibelius Academy in Helsinki, Finland, with Erik T. Tawaststjerna and Hanna Aho. Olivia holds degrees in piano performance from Northwestern University and the University of Texas at San Antonio. Her past teachers include Steven Spooner, Richard Reber, Alan Chow, Kassandra Keeling and Catherine Lysinger.

Olivia has given concerts and master classes in the United States, Switzerland, Finland, and Norway. She has also performed in master classes for renowned musicians William Westney, Robin McCabe and Ursula Oppens. She won second prize in the state collegiate competition of Texas Music Teachers Association and first prize in the Etude Music Scholarship competition. In the piano teaching field since 2000, Olivia has had a wide range of teaching experience with students ranging from beginning through advanced levels and with children as well as adults. She has taught in Texas, Illinois, Finland, and Norway, and has adjudicated on local and national piano competitions.

Olivia grew up in Germany and Switzerland and moved to Houston, Texas, when she was 13. Her interests include languages, reading and dance. 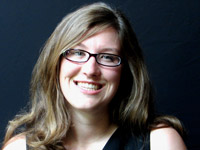 Christy holds doctorate and master’s degrees in musicology from the University of Kansas. Her research has taken her to archives throughout the United States and England, and she has presented her research on twentieth-century American folk music at numerous national conferences.

In 2015, BMI Music Publishers and the Woody Guthrie Foundation named her a Woody Guthrie Fellow. Her recent article, “Woody’s Songs Go To War on the BBC,” appears in Vol. 4 of The Woody Guthrie Annual. She is currently working on a book project centering on twentieth-century American folk music and American and British culture during the Second World War.

Christy received her bachelor’s degree from William Jewell College where she studied piano with Calvin Permenter. From 2010-2013, Christy served on the faculty of the New School for Music Study in Princeton, N.J., which serves as a research institution in the area of piano pedagogy.

Christy is co-author of the Piano Detectives Club curriculum, which she and colleague Janet Hart published in 2021.

In her free moments, Christy enjoys making pies, being outside, and spending time with her husband and son, Samuel.

Music-making in a fun and nurturing atmosphere by caring educators providing piano study for all ages.

Through private piano study, we offer piano lessons for students of all ages, including adults. Our teachers have extensive experience and credentials and can tailor a program of study to suit each individual student.

The Artist Musician Program is available for students who want to commit more time and study to piano with enhanced experiences such as concert attendance and additional recitals.